Not every traveller has heard of bird watching in Ladakh. Ladakh is a popular adventure travel destination due to its bald mountains, dusty plains, pristine lakes, high mountain passes, and treacherous roads.

Ladakh is now regarded as a “must-see” bird-watching destination. Visitors were rarely enticed to explore the region due to its arid climate, extremely rugged terrain, vastness, remoteness, and limited accessibility.

Road connectivity has improved (the ridiculously scenic and smooth patches on the Leh-Manali highway are fantastic!) Bird watchers, nature lovers, and ornithologists began their hunt.

If you are planning a trip, here are the best hotels in Ladakh that we recommend.

What can bird lovers expect?

The beauty of the many species of birds that swoop through the skies of Ladakh should leave bird lovers speechless. Over 300 different bird species have been spotted in the area by researchers and photographers, including the following: 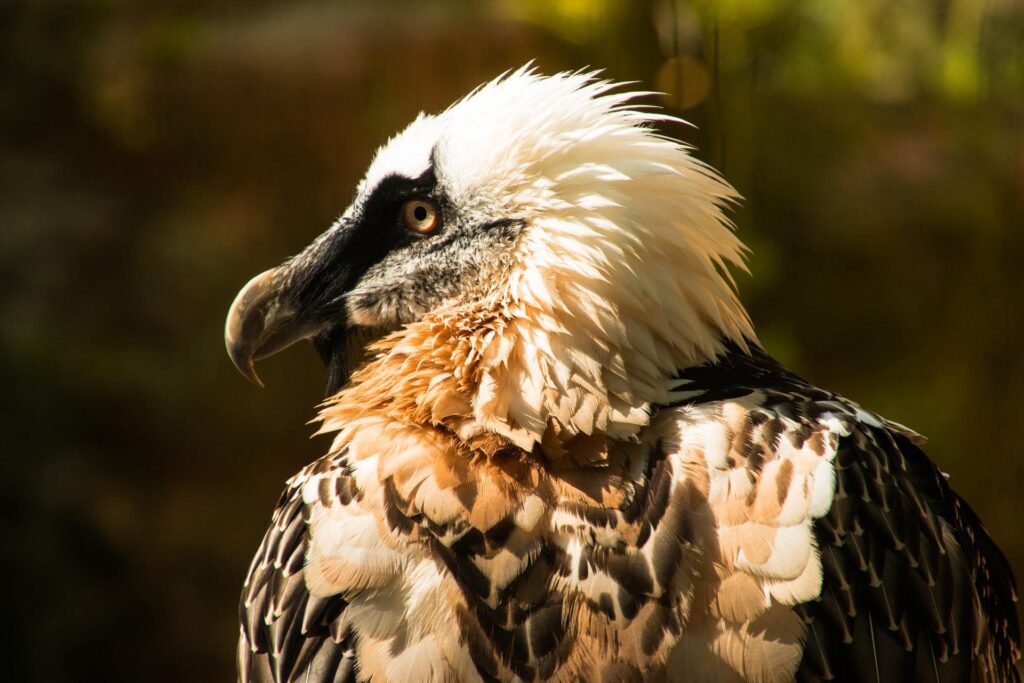 The common name for this species is Lammergeier/Himalayan Bearded Vulture. Skiaklag, Tangkar, and Chargot are all scientific names for Gypaetus barbatus. The breeding season lasts from January to March. Upper Suru Valley, Zanskar, Nubra Valley, Hemis National Park, Sumdo/Puga, Hanley, Tsokar, and Sham Valley are all possible locations for an encounter. 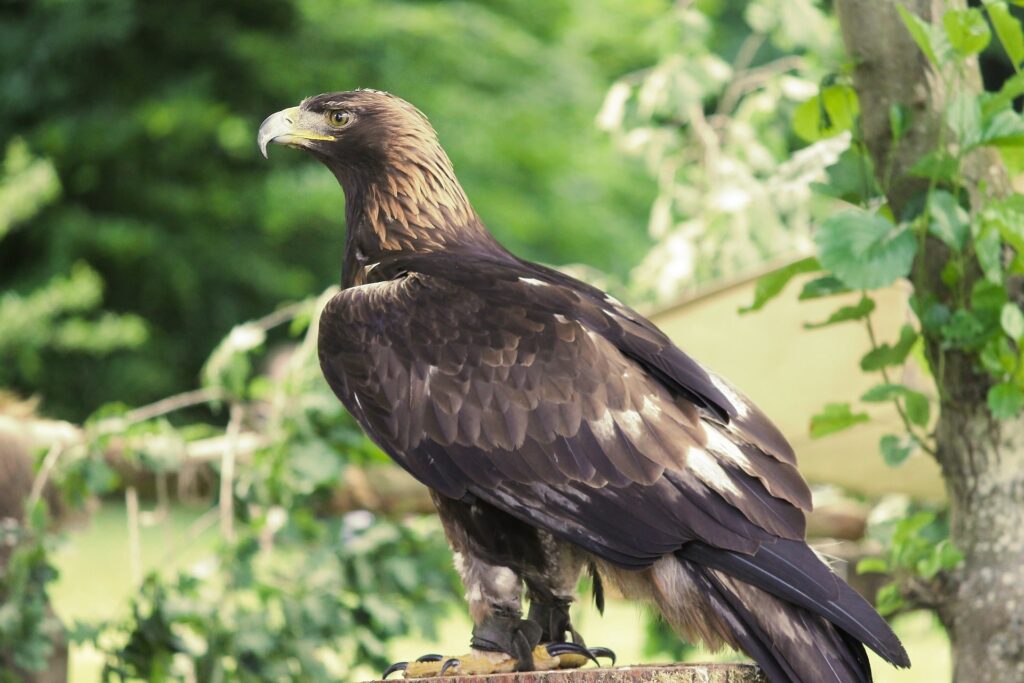 Golden Eagle is a common name. Aquila chrysaetos is its scientific name. Local names include Laknak and Gyab-lak. March-June is the breeding season. Areas of occurrence: It can be found throughout Ladakh. 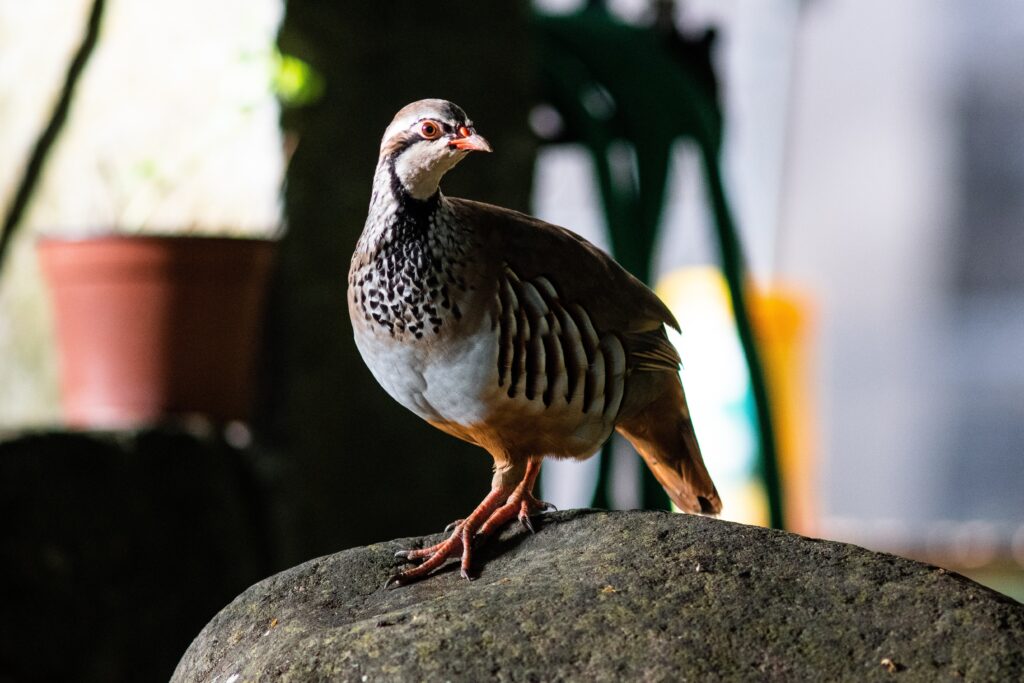 Chukar Partridge is its common name. Alectoris chukar is its scientific name. Srakpa is the local name. April-July is the breeding season. The birds can be seen in and around Leh, Nubra Valley, and some areas in Eastern Ladakh. 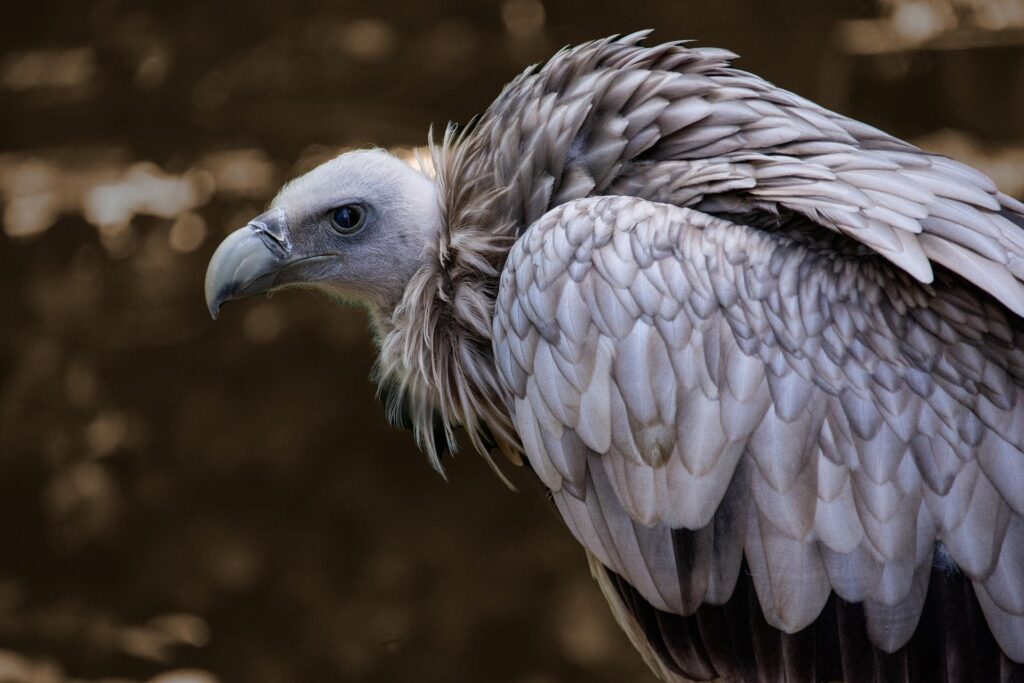 Himalayan Griffon is its common name. Gyps himalayensis is known locally as Thang-kar (scientific name). Although the bird can be found in Hanley, Rupshu, Hemis National Park, Indus Valley, and Zanskar, it is most common in the upper Suru Valley. From January to April is the breeding season. 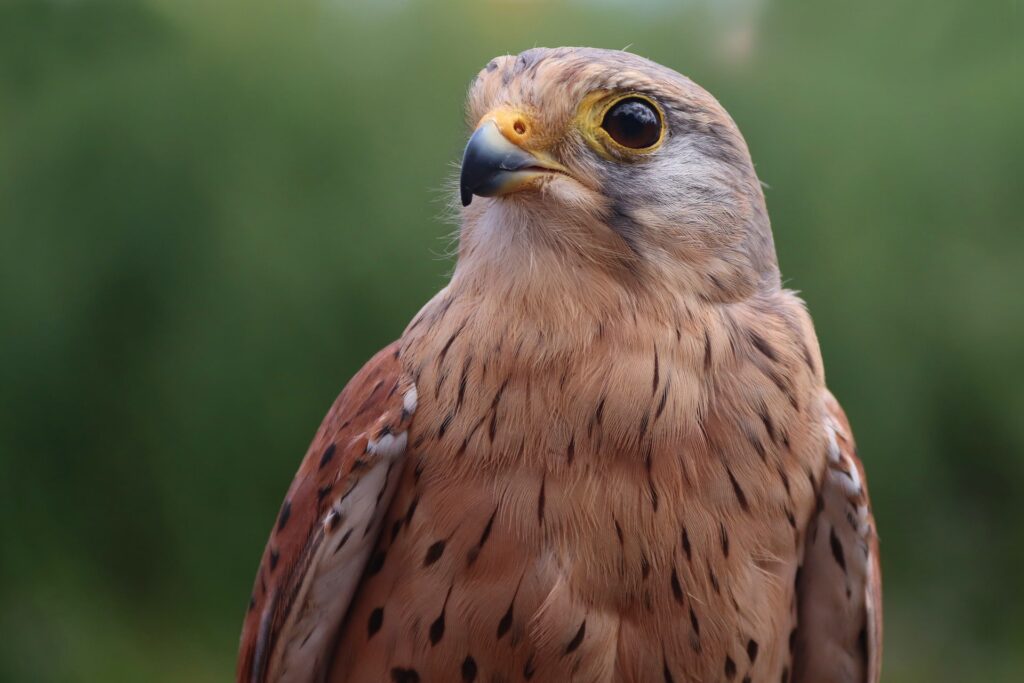 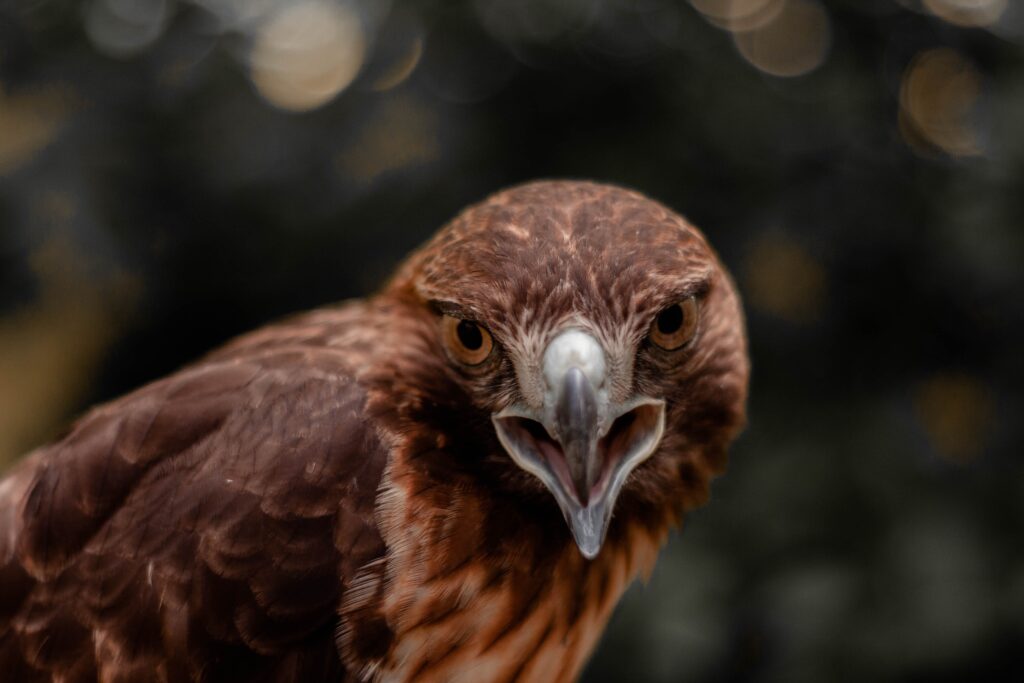 Upland Buzzard (Buteo hemilasius) is its common name. No local name has been recorded. April-June is the breeding season. It can be seen in the summer around Tsokar, Puga, Hanley, Loma, and Chushul, and in the autumn around Choglamsar/Leh and Thiksey. 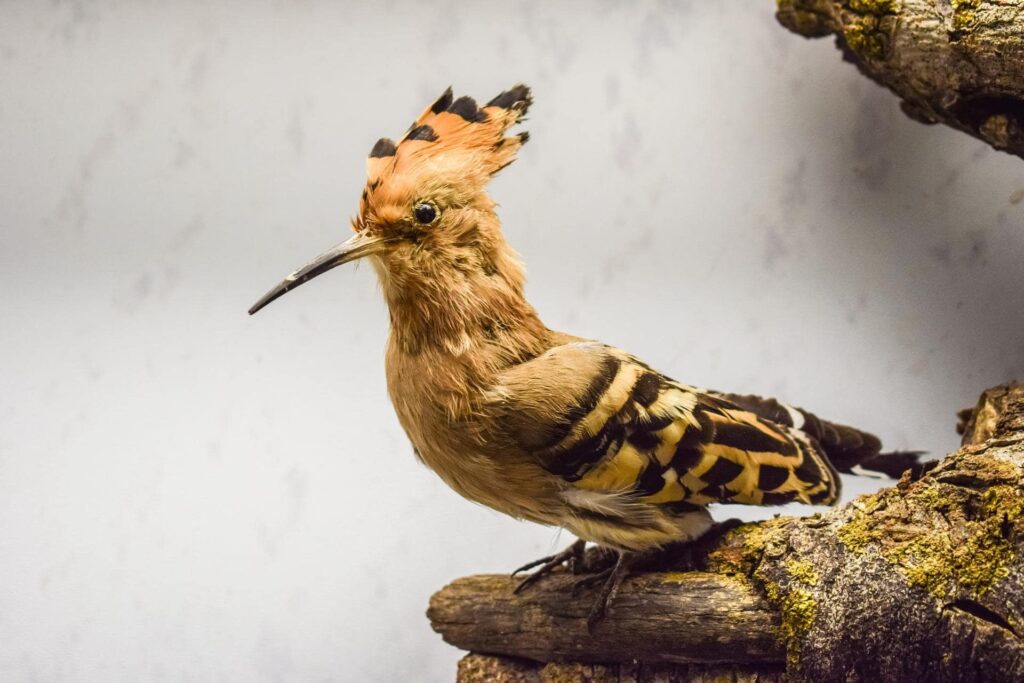 Hoopoe is the common name. Epops upupa (scientific name) Hututusay, Utu-tutse, and Pupuk-shele are some of the local names. Breeding season (May-June) Observation areas: This bird can be found throughout Ladakh. 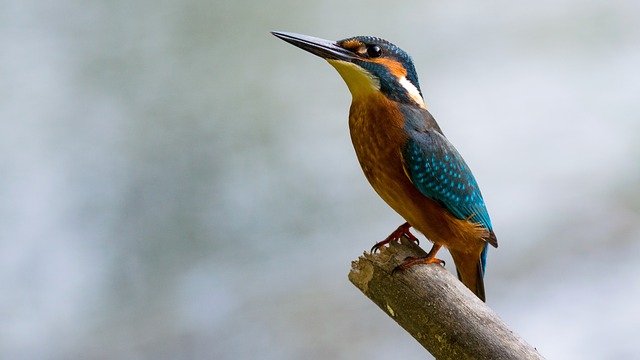 Common name: Kingfisher. Alcedo atthis is its scientific name. Nya-Za is the local name. It is mostly seen along the Indus, in the Shey marshes, but it is also seen in the Hundar, Diskit in Nubra, and the Panikhar area in Kargil, Hanley, and Chushul. Breeding season is unknown. 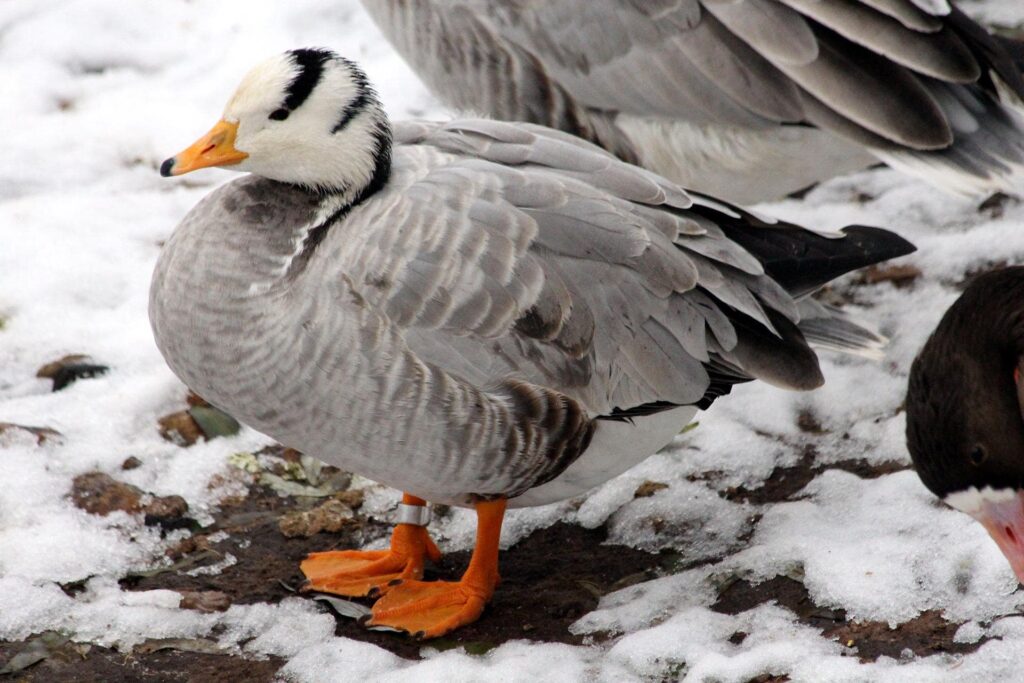 Bar-headed is a common name. Goose Anser indicus (scientific name) Ngangpa, Ngang-kar are the local names. May-July is the breeding season. Areas of contact: During the summer, the bird can be seen at Tsokar, Tsomoriri, Hanley, and Chushul, as well as along the upper Indus Basin. 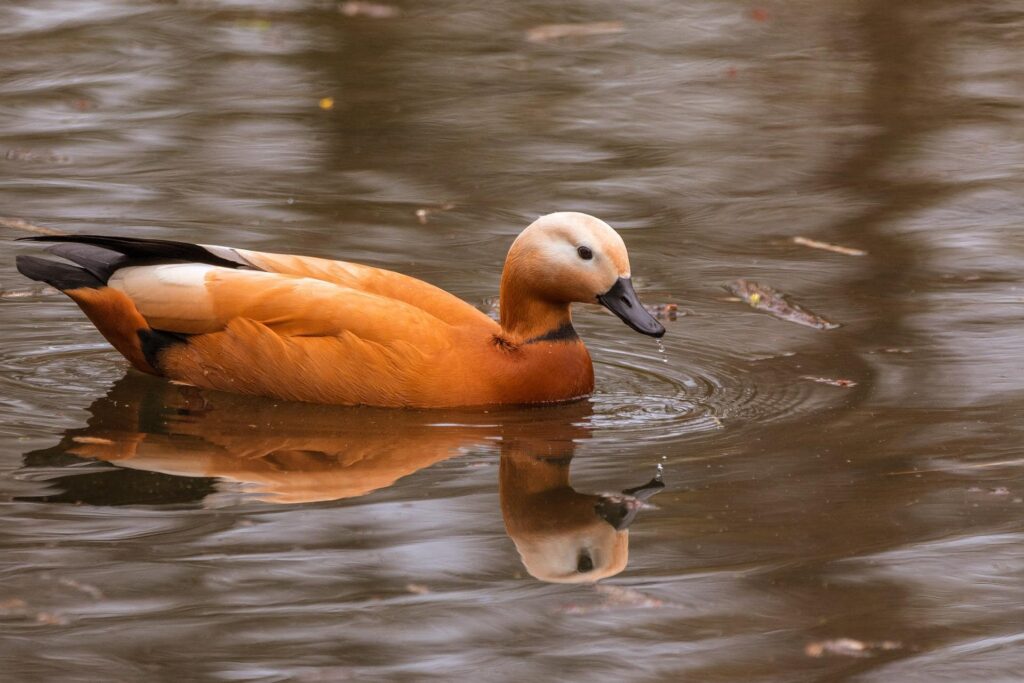 Its common name is Ruddy Shelduck. Tadorna ferruginea is the scientific name. The local name is Cha Muru, Maroo. The breeding season lasts from May to July. Contact information: It is found on rare occasions in the upper Suru Valley and is common in high-altitude wetlands from Tso-kar eastward. 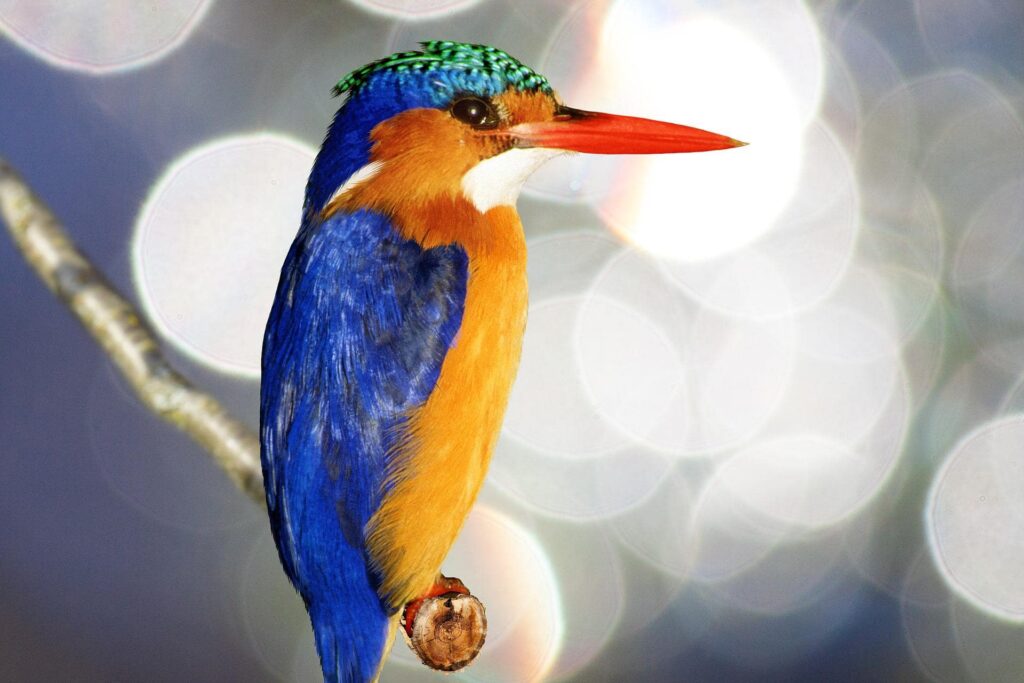 Areas of encounter: They can be found in the Shey and Diskit marshes, as well as the Trisul Tso, in the spring, with few people remaining until June and then again in October. Only one summer sighting has occurred in the Harong marshes of Eastern Ladakh. 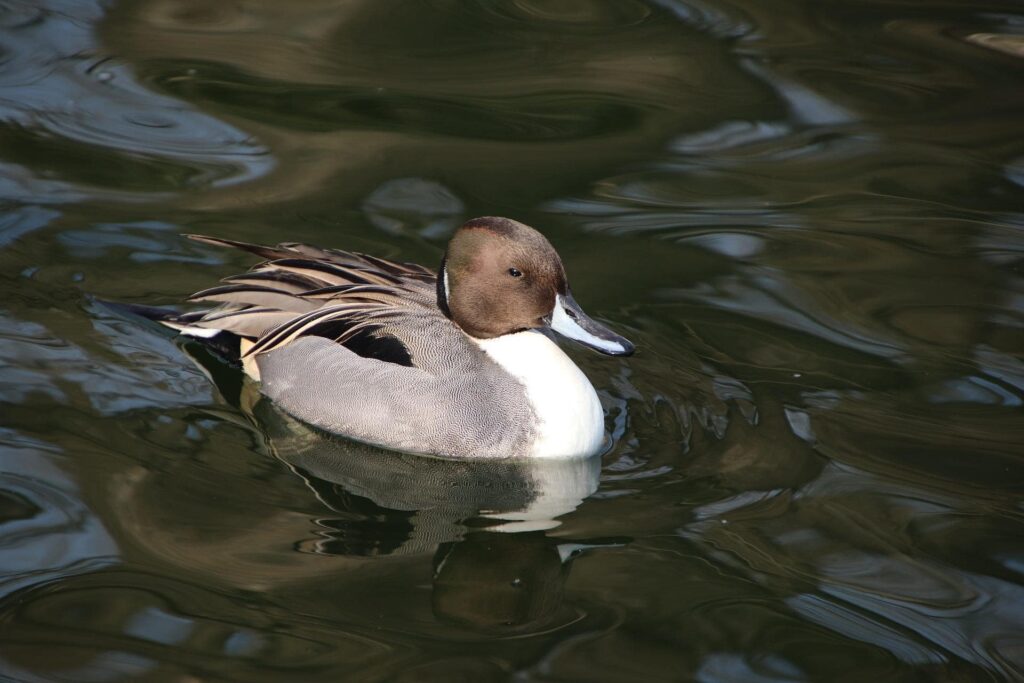 Northern Pintail (common name) Anas acuta (scientific name) No local name has been recorded. The breeding season is unknown. Areas to visit: Leh Kartse Zing (a pond west of Leh Airport) in the spring. Wetlands in the vicinity of Shey serve as important rest stops. Over the summer, single birds can be found in Startsapuk-Tso. 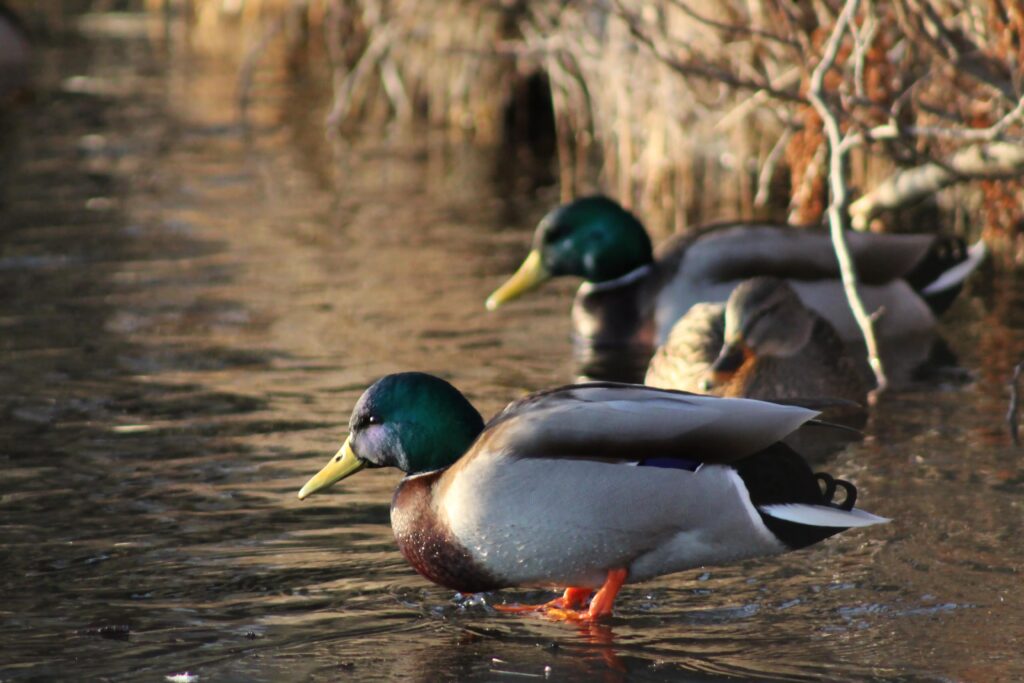 Garganey’s (common name) Querquedula Anas (scientific name) There is no record of a local name. The breeding season is not known. Areas of encounter include the wetlands of eastern Ladakh, the Shey marshes, as well as the marshes around Diskit Nubra and, to a lesser extent, the central and upper Suru Valley. 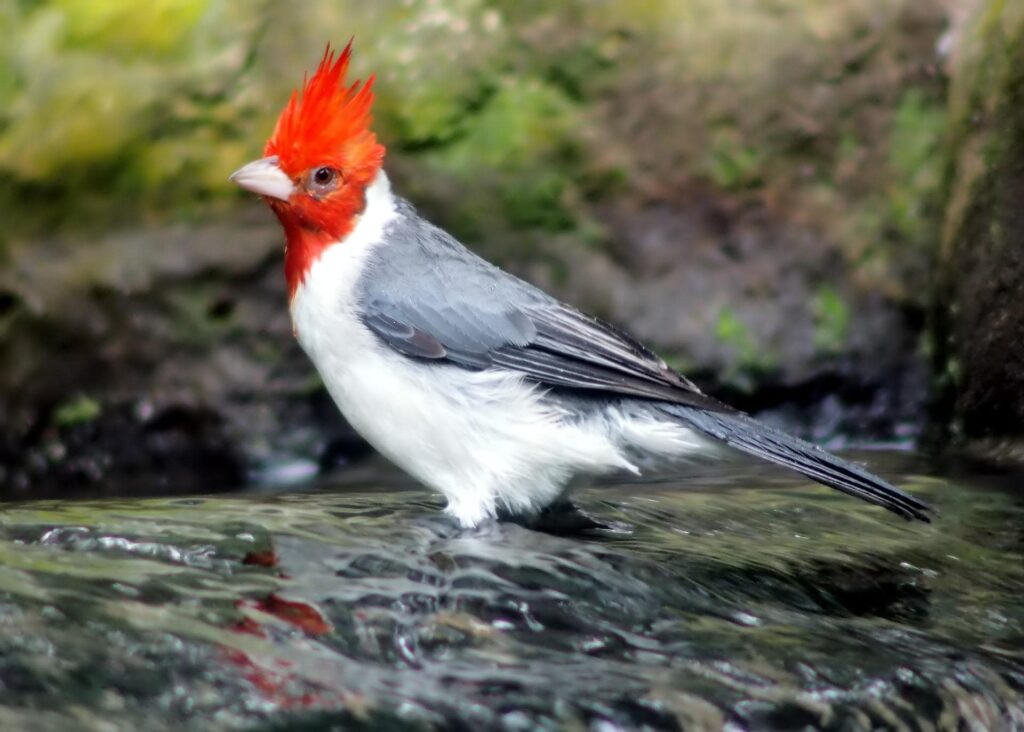 Red-crested Its common name is pochard. Rhodonessa rufina (scientific name) There is no local name for this species. The breeding season is not known. The main areas where it can be seen are the pools and marshes of Shey and Kartse Zing (west of Leh Airport); single sightings have been reported from Startsapuk-Tso and lower Hanley Valley. 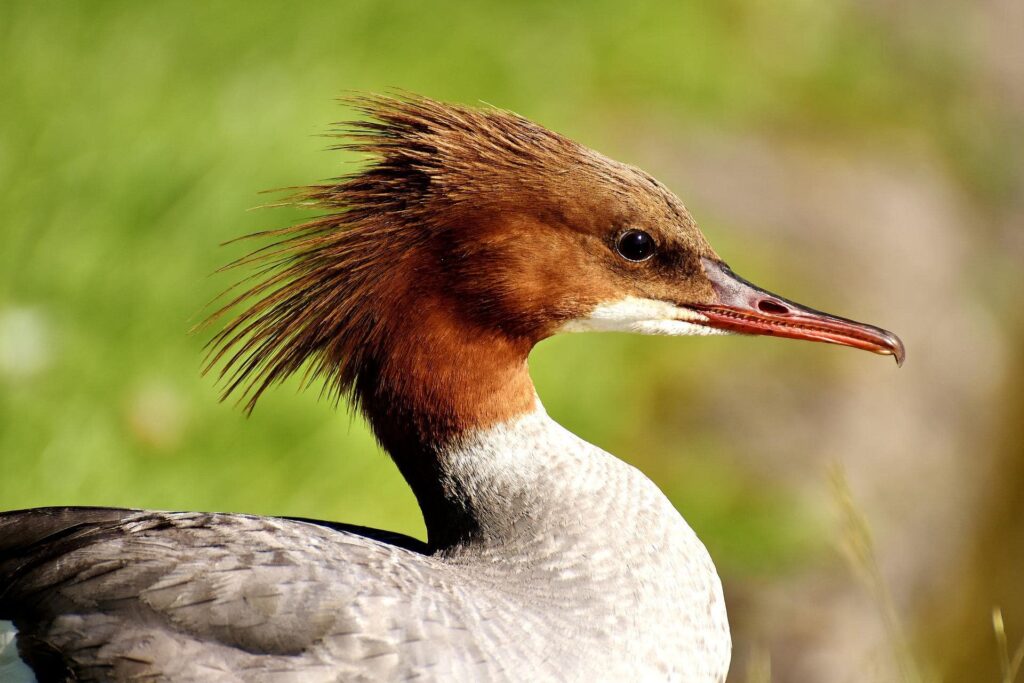 Merganser’s (Common Merganser) Mergus merganser is the scientific name for it. The local names are Chhusrak Zalmo and Chhusrak Thago. Breeding season (May-June) This bird can be found on the Indus and its tributaries, usually from Leh eastward on feeder streams into Tsomoriri, at Puga and Yaya Tso, as well as in the upper Suru Valley and around Nubra Diskit. It spends the winter in the lower ice-free Indus around the Shey marshes.

Experience Ladakh cuisine by staying in one of the best hotels in Ladakh. Stop in a heritage hotel in Ladakh to experience the contrast of its freshness, of orchards in bloom, fruits, flowers, and fragrances suffusing everything, a lightness in the fresh air with beautiful cottages built with ancient methods but modern tastes.

Although various bird species can be found throughout Ladakh, migrant species prefer the central or eastern parts of the region.

Ladakh is a popular destination among tourists looking for adventure tourism in India. There are many things to do in Ladakh. Experience Ladakh differently and stay at the best luxury hotel in Ladakh.

Let’s take a look at the areas in Ladakh that are ideal, that sweet spot, for Bird watching.

This valley, about a 7-8 hour drive from Leh, is home to some of Ladakh’s most diverse avifauna (birds), including the Upland Buzzard, Eurasian Eagle Owl, Black-necked Crane, Lammergeier, and White-tailed Rubythroat. Puga is near the beautiful lakes of Tsomoriri and Tsokar.

Suru Valley can be found while driving on the Srinagar-Leh highway near Kargil. It is significantly greener than the rest of Ladakh and welcomes you with lush meadows and fields.

Birds such as the Long-billed Bush Warbler, Firecapped Tit, and White-tailed Rubythroat enjoy the greenery and live in the fields and meadows.

It has a desert with sand dunes, green fields, and seabuckthorn thickets, all of which are aligned alongside flowing rivers and streams. This unusual topography provides a suitable habitat for many ducks, warblers, shrikes, finches, and raptors such as owls, eagles, and buzzards.

These marshes are located in and around the small town of Shey, which is only a 20-minute ride (or drive) from Leh. This is a popular birding location where you can photograph the Eurasian Hobby, Ibisbill, Harriers, Redstarts, Solitary Snipe, and other species.

On your way to Tsomoriri, take in the breathtaking scenery as you drive through rough roads. The crystal clear water and enchanting colour make this a “must-see” destination for all visitors.

It is well-known as a breeding site for the bar-headed goose. Mountain finches, rose finches, Great Crested Grebes, and Black-necked Cranes can also be seen.

Tsokar is a large salt-encrusted lake in remote eastern Ladakh, about two hours drive from Tsomoriri. This lake is one of the best places in the world to see a variety of bird species.

What more to do beyond bird watching?

We understand that you’re wondering what else there is to see and do in Ladakh now that you’ve fallen in love with bird watching and landscape photography trips to various exotic locations. Pangong Tso, Tso Moriri, and Tso Kar are three lakes in eastern and southern Ladakh that offer hypnotic scenery to visitors. Observing Bactrian camels roaming the Nubra Valley’s cold desert against a backdrop of snow-capped rugged mountains.

Perfect heights for honeymoon in ladakh | Hotels in ladakh

THE PALACE
THE LIVING SPACES
THE EXPERIENCES